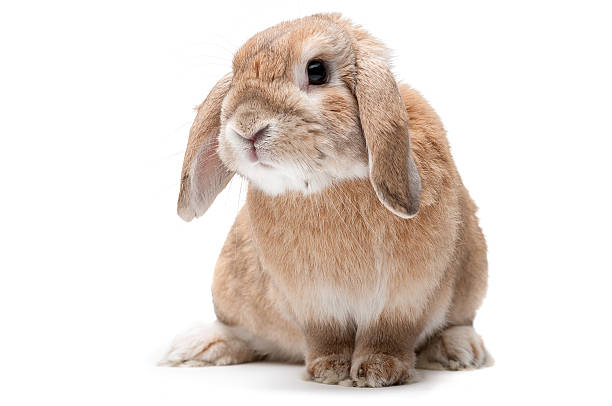 One of the physical features that draw our attention and attraction to rabbits is their large ears. Most rabbits have upright ears, but for some reason, one or both of them may droop. If this is the case, it is essential to know the cause of floppy ears in rabbits.

Each cause requires veterinary attention and treatment. If not taken seriously, the severity of the problem can go far beyond a physical issue such as droopy ears.

Symptoms of Diseases in Rabbits

To confirm a pet’s illness, a veterinarian must examine the pet and perform relevant tests. However, in the case of rabbits, there are some symptoms of disease and discomfort that may indicate the owner that something is wrong. Here are some of them:
-Loss of appetite: if they don’t eat as much as they used to (or stop eating right away), it could be pain or illness.
-Abnormal temperature. Fever or hypothermia.
-Droopy ears in rabbits: Drooping ears are a sign of illness.
-Lack of movement or dynamism: When sick, the animal’s energy drops and looks very lethargic.
-Lack of stool control: both constipation and diarrhea are signs that the animal’s body is out of balance.
-Red eyes: tears, sometimes with purulent discharge.
-Changes in breathing patterns: another symptom of a sick rabbit is the inability to breathe normally or hyperventilation (breathing very fast).
-No use of the feet: the inability to put one foot on the floor is another symptom that can indicate disease in rabbits.

Causes of Droopy Ears in Rabbits

If your rabbit’s ears are drooping, it is crucial to visit a veterinarian because there is no single cause for this problem, and an expert will determine which one is the cause. Here are some of the reasons of droopy ears in rabbits:

Ringworm is one of the most common diseases seen in rabbits. It is a disease caused by a fungus called Trichophyton, and the most common pathogen is the granular form. This condition can affect the health of the animal’s ears and requires antifungal medication for treatment.

Sarcoma causes nodules to form between the dermis layers, primarily affecting the skin of the limbs and ears.

This is an ear infection and is usually one of the most common reasons for rabbits’ drooping ears.

There are many other possible causes of drooping ears in rabbits, in addition to the diseases listed above. This is because this area is a susceptible area for rabbits. These may include:

Types of Tinnitus in Rabbits

Many different bacteria can cause ear infections in rabbits, and Pasteurella multocida is one of them. It often affects other parts of the body as well, such as the pharynx and nose.

Ear Mites in a Rabbit’s Ear

Other causes of ear infections (i.e. in floppy-eared rabbits) are mites. The most common is the so-called Psoroptes cuniculi. They infect the inside of the ear and produce a brownish discharge that hardens into a scab.

This scab causes discomfort to the rabbit. They will scratch it to get rid of it, injuring themselves in the process. To treat it, certain animal parasiticides are usually used.

Keeping the animal’s ears dry and clean will help prevent fungus from growing in the ears. Humidity and high temperatures make it easier for this to occur, so be especially careful during the rainy season and hot weather.

All of these causes can cause damage or pain to the rabbit by scratching the fibers or damaging the skin, making it unable to lift one or both ears. As you can imagine, this is also a reason to visit the vet in all cases.

Every rabbit owner becomes concerned when they notice their rabbit’s ears are blocked, but the most important thing to remember is how to react to the situation. If you notice any of these symptoms, take your rabbit to a veterinary clinic and have it examined as soon as possible.