Choosing a Male or Female Cat?

If you take the time to think about adopting a pet, the question of the animal’s sex will arise.

Certain sexual behaviors, lifestyles, and locations must be considered to avoid disappointment. Here are some guidelines to help you make your choice.

Spaying and neutering is an invasive surgical procedure that benefits the cat, its owners, and society by limiting sexual behavior and overpopulation. In males, sterilization avoids:

Removing the home in search of a sexual partner, thus reducing the risk of being exposed to fights between cats when there is a territorial intrusion, the risk of accidents on the roads, and those related to bad encounters (dogs, for example).

The contamination of viral diseases such as FIV and FeLV.

Neighborhood nuisance is caused by the vocalizations of cats in the rut, which is particularly noisy and sinister.

Castration is a less invasive surgery, as the testicles are outside the body. It is, therefore, a speedy recovery and less costly operation.

The sterilization of the female consists of an ovariectomy: it is a more invasive surgical operation because it is necessary to open the belly. It can be performed as early as 6 months. It requires antibiotics and stitches to be removed after 12 to 15 days.

Good to know: if all the ovarian tissue is not extracted, it has the particularity of regenerating itself after a few months and producing hormones. Heat will reappear even though the cat is sterile.

Taking a contraceptive is possible but unreliable and will not prevent possible infections and tumors of the uterus in adulthood. The veterinarian will remove the ovaries and uterus if the cat is pregnant or has a uterine infection.

Please note: spaying or neutering cats at some SPCA clinics is possible for a small fee.

Why choose a cat? If you are an owner stressed by the vagaries of freedom or live in an apartment with no outside space, it is best to adopt a female cat:

They are particularly attached to the house and do not tend to move away from it. Therefore, a female’s territory is smaller than that of a male.

The maternal instinct, the need to protect her litter, pushes her to choose a quiet place where she feels safe. She will be more sensitive to her territory’s disorganization or intrusion.

Good to know: mother cats do not hesitate to move and change their hiding places if there is an intrusion in the room where the nest is located. When the kittens are less than three weeks old, do not invite anyone to come and see them or to handle them, it stresses the mothers.

Friendliness is essential to them; they are usually not one person’s cat but the family’s. They raise their young long enough and are better suited to living in a family.

They will be more willing to accept new young companions in the house.

In street cats, they form stable communities between females of the same parentage if there are enough resources.

Female cats have a stronger predatory instinct than males and may give you more unpleasant treats, such as rodents or birds. Females prefer the company of females, but preferably from the same family.

You might choose a mother and daughter or two sisters if you want more than one cat. If they easily form friendships with strangers when they are young, this will not be the case afterward. But they will be able to tolerate each other and share territory on a schedule.

Note: Avoid a second late adoption if you live in an apartment.

Then, their way of playing differs a lot: the females play to hide and make ambushes, and they practice the art of hunting and surprise. The males prefer to play fight and roll with their partners.

This is a more aggressive and threatening game where females do not feel comfortable because they are of a more petite build and because this game has a sexual connotation of riding that females avoid or reject when they are not in heat. Be aware that a male companion is not desirable in an apartment.

If you like independent cats that visit you to shower you with attention when they’re hungry or to fall asleep in your chair after a day’s work, male cats are for you:

The territory of the male cat is vast and can extend up to 2 km square. This territory is Spatio-temporal, meaning the cat can share it with other cats at certain times when he is not present. The male cat is less stressed by intrusion into his territory than a female.

Males prefer the company of a cat of the same sex: they quickly form lasting friendships with cats of the same age, especially before social maturity, before 2 to 3 years. Sibling relationships fade at this age and sometimes become downright hostile. On the other hand, two males who have chosen each other as friends often remain bonded for life.

Male cats, therefore, have more relationships with each other than females, so they patrol their territory more and mark it more because they always have messages to leave for those who share or visit it.

Male pet cats spend less time hunting than females and more time patrolling. They are away from home more frequently and for more extended periods.

Good to know: urine marking is a behavior that owners want to prevent in their homes and yards. If you live in an area with many cats in the neighborhood, both pet and ownerless, a male cat is not the right option because you can be sure that urine is present, if not from your cat, then from others.

1 thought on “Choosing a Male or Female Cat?” 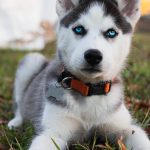 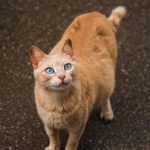 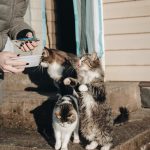 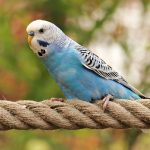 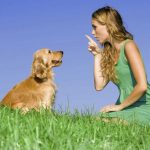