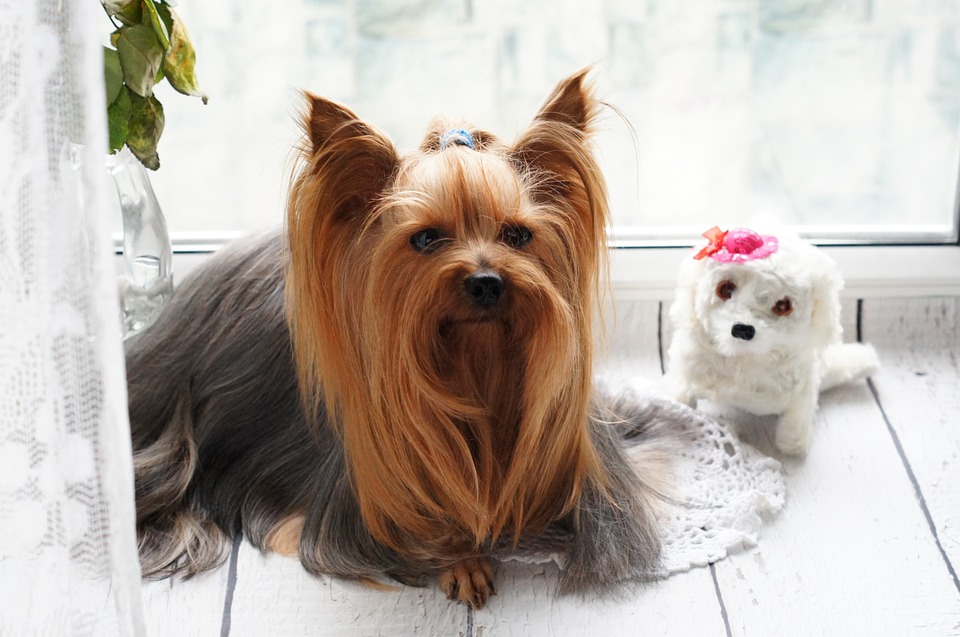 Silky terriers are high-energy canines with soft hair. They are adaptable to any living situation and thrive in flats. They love to remain active playing with toys, following their pet parent about the home and yard, being attentive as a watchdog, and running around getting lots of exercise. Silky terriers may grow to be up to 10 inches tall and weigh up to 10 pounds at full maturity.

Known by a variety of aliases

Yorkshire and Australian terriers are both ancestors of Silky terriers, and they are frequently confused due to their similar looks.

While competing in special competitions, silky terriers have received titles and recognition ribbons for their exceptional qualities. Silky terriers excel in herding, agility, rally, tracking, and flyball, and many are outstanding show dogs, thanks to their tremendous activity and willingness to be busy.

Many people are drawn to this species because of its lustrous, silky hair that resembles human hair. Silky terriers do not shed like most other dog breeds, and daily brushing for up to 5 minutes is essential to keep the coat clear of knots and debris.

Shedding is modest and occurs at a rate equivalent to human hair shedding.

Silky terriers are better suited as indoor pets because they want to be social and continually follow their pet parent around. They enjoy going for short walks and playing outside, but their preference is to be indoors with their pet parent and family.

Obedience training can begin with puppies as early as eight weeks old. Silky terriers are intelligent dogs who can learn commands, tricks, and specialty training throughout their lives.

Silky terriers are curious and lively, and they have a lot of energy.

This lively breed is best suited to going on walks, playing fetch, and indulging in other games that let them run about regularly.

The silky terrier is a vigilant watchdog, standing nine inches tall and weighing ten pounds at full maturity. His energetic, forceful, and passionate demeanor allows him to be always aware of his surroundings, regularly barking to warn his pet parent of any disturbances.

Silky terriers are generally enthusiastic and joyful dispositions daily, and they also like playing. This energetic breed benefits greatly from toys, retrieve, games, and quality time with their pet parent and family.

The high energy levels of silky terriers enable them to outrun vermin, react quickly, and strike and kill rodents. They have a natural tendency to look for scurrying prey and are continually on the lookout.

Silky terriers are caring and affectionate to their pet parents, and they are true and loyal companions. They favor and commit themselves to a single member of the family. The Australian Silky Terrier has a reputation for being a loving breed. His favorite spot on the planet is probably anywhere he can be near his owner! This dog is open about his affection for that particular person by cuddling with them and spending time making everyone smile.

Silky terriers are very good companion, but they require a lot of care too. Let us know in the comments what type of dogs do you like…