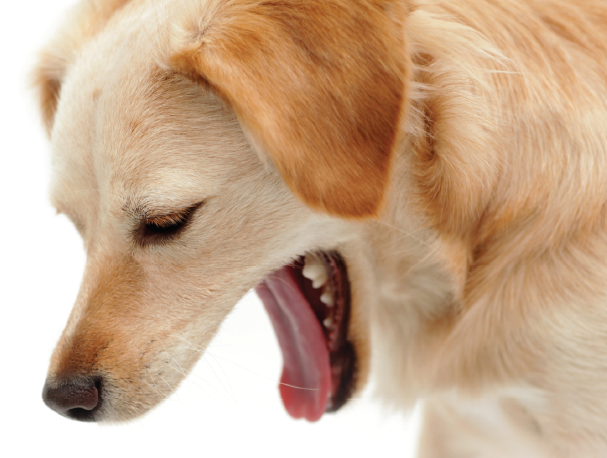 If a dog becomes nauseous, it is very likely to gag as well. However, both physiological conditions are very similar in dogs and should be distinguished from coughing. Sometimes, the cough itself can also cause nausea and gagging.

The Difference Between Gagging and Coughing

If a dog feels nauseous, it will likely develop a gag reflex. The purpose of this reflex is to expel the stomach’s contents if the body determines that they are harmful. In this case, the dog is presumed to be suffering from a digestive ailment.

The cough is usually sudden, dry, and has little or no mucus. Droplets of saliva are expelled, and often swallowed, so there will probably be a small amount of invisible mucus as well.

On the other hand, when dogs feel nauseous, they open their mouths and contract their abdomens to empty their stomachs. Sometimes only a little mucus will be produced, sometimes none at all.

Causes of Nausea In Dogs

When a dog becomes nauseous, the first thing that comes to mind is due to some digestive disorder, such as gastroenteritis (stomach flu). However, other causes can also cause this same reflex and should be considered. To learn more, read on.

If a dog swallows a sharp object or something stuck in the digestive tract (debris, hooks, thorns, etc.), he may gag as he tries to spit it out. This can happen even if the food has not yet reached the stomach. This situation is a veterinary emergency because it can cause complications and nausea (e.g., gastric perforation).

This disease is easily transmitted, as it typically occurs in shelters, kennels, and places where multiple dogs live together. Bronchitis is not a gastrointestinal illness, but the result is constant coughing, which can cause both nausea and vomiting in the dog.

Vomiting of stomach contents is not seen, but the dog will expel excess mucus as it vomits. A runny nose, runny eyes, and sneezing can result in pneumonia if not treated in time.

Motion sickness, such as car rides, is another cause of nausea in dogs. Vomiting is likely. Before this happens, they become restless, drool a lot, and vomit.

Some medications can prevent motion sickness, and you should see your veterinarian for this. Another measure is to avoid giving food and water for several hours before the trip. 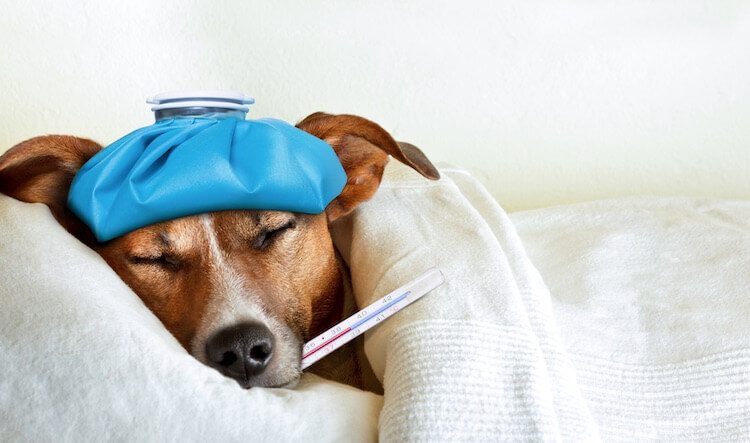 Vomiting of stomach contents is not seen, but the dog expels excess mucus with vomiting. If not treated in time, runny nose, runny eyes, and sneezing may result in pneumonia.

In this condition, the larynx loses its ability to contract when breathing in and cannot close completely. This results in symptoms such as shortness of breath on exertion, hoarseness, and wheezing.

It also means that food and water can enter the airways. When this happens, the dog will cough or vomit as it tries to expel the foreign substance from the body.

Other causes of nausea in dogs can include internal parasites, herbivory, bacterial infections, and heart disease. Most of these conditions can be treated very effectively if detected in time. However, it is essential to understand that a veterinary visit is the best solution. 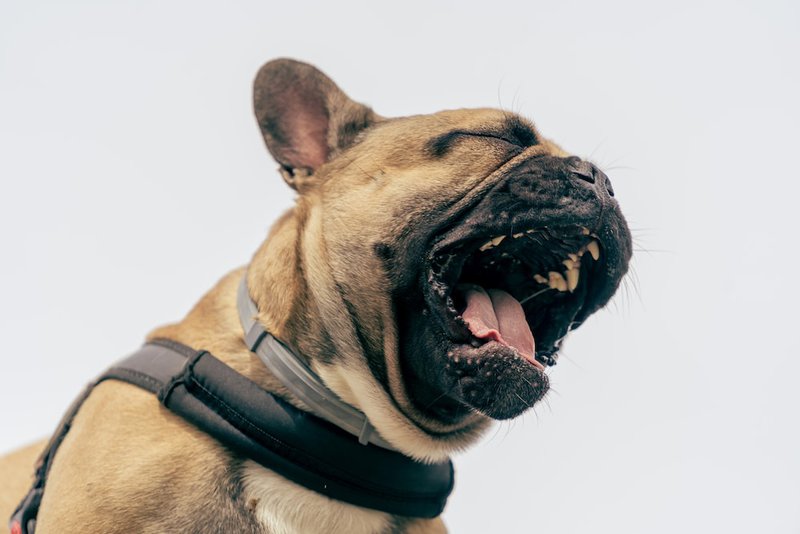 Because experts have the resources to help your dog, if it is serious, we recommend going to a vet to make an accurate diagnosis