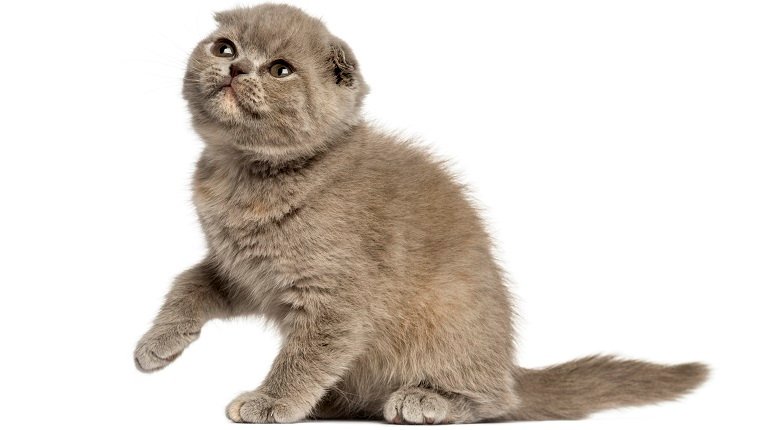 The Foldex cat was born from a cross between the Scottish Fold and the Exotic Shorthair cat. The goal was to create a cat breed with a rounder head, shorter nose, folded ears and extremely soft fur, among other characteristics.

In addition to his particular physical characteristics, his good nature dazzled the participants of a Canadian cat show in 1993, when he was first known.

Since then, it has become very popular and thanks to the breeding done by people like Jeanne Barrette, the Foldex cat managed to define its standard as a cat breed: in 1998, it was recognized as an experimental breed and in 2006, it managed to be accepted as a new cat breed.

Depending on the length of its hair, there are two variants of the Foldex cat, which, according to experts, should be considered two different breeds of cats.

The Type of Hair

Among the colors recognized in the Foldex cat breed standard are black, chocolate, cream, lilac, ginger and blue, as well as patterns such as shading, tabby and mottled, which in turn accept different shades of color, not to mention the possibility that it is bicolored.

If the Foldex baby stands out for anything, besides its adorable physical appearance, it is for its friendly nature, which makes it ideal for living with children and other pets, provided that it is properly socialized.

Another point to note is that he does not need much physical activity, although it is important to keep him in shape, and he is a calm cat, so if you live in an apartment or a small house, the baby Foldex will be at ease. However, he is still curious and can wander around the house for hours.

Character and Behavior of the Foldex

The Foldex is a well-balanced cat, as it is close to people and other pets, enjoys the play sessions offered to it and does not reject a cuddle given its tendency to be cuddly.

Despite this, the Foldex also knows how to entertain itself, without needing to ask for too much attention and also seeks its moments of relaxation.

Also, it is advisable to educate him adequately to avoid certain behaviors that can harm the cohabitation in the house. As it is an intelligent cat, it will not be difficult to teach him everything he needs to learn.

How to Feed a Cat According to Its Age?

Remember, regardless of breed, cats have different nutritional needs depending on their life stage.

Foldex babies should be fed a diet designed for optimal growth and development. For this, a kitten food would be the best option.

In adulthood, the Foldex cat should be fed a complete and balanced diet that will not cause weight gain, as it is prone to obesity, and even more so with the sedentary lifestyle it usually practices.

Finally, it is recommended that the senior Foldex cat be fed a food or wet food that takes care of its joints, which are usually the first to suffer the ravages of age.

Although this breed of cat is generally healthy, there are some conditions to which it is susceptible.

Typical Health Conditions of This Breed

The first one is otitis, due to the shape of its ears. It is therefore essential to check and clean its ears regularly to avoid complications.

This genetic mutation also affects its cartilage, so it is not uncommon for the Foldex to suffer from conditions that must be treated by a veterinarian.

The Foldex cat does not require much effort to care for, except for its fur and ears.

In general, the Foldex shorthair’s coat only requires weekly brushing to remove dead hair and also to get rid of accumulated dirt. However, if you’re talking about a long-haired Foldex, it should be brushed three times a week.

As we have already mentioned, the shape of their ears makes it necessary to check and clean them to avoid possible infections.

After getting to know this breed of cat better, it’s not surprising that you’ll find it more adorable than it already is, and not for nothing when it’s a well-balanced, intelligent and cuddly kitten that knows how to enjoy play sessions as well as resting moments. What are your thoughts? Are you planning to adopt a Foldex cat? Let us know in the comments below.