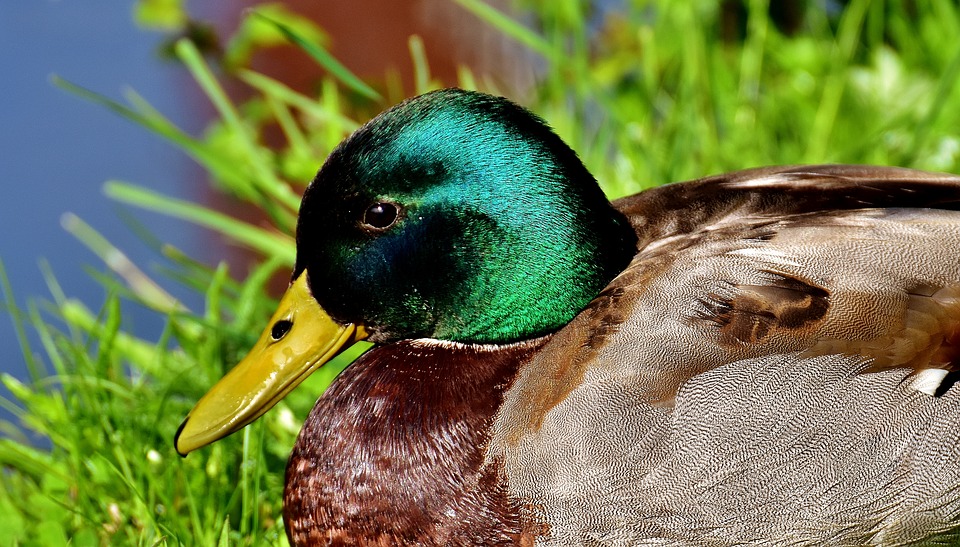 Ducks are found on every continent except Antarctica. They are also unusually adaptable and have reached islands such as Hawaii, the Macaroni Islands, and the Galapagos Islands. Why can they take in new environments so easily? What ducks eat and how they live is part of the answer to this question.

When we think of ducks, we imagine them floating in a pond eating bread, but they eat many more things.

The Diet of the Mallard Duck (Anas Platyrhynchos)

The mallard duck is the most widely distributed duck species in the northern hemisphere. It is found in North America, Asia, Europe, and North Africa. They are known as migratory birds, and most ducks in captivity belong to this species.

The diet of mallard ducks is omnivorous. It is also a very flexible bird when it comes to diet. Most of its diet consists of vegetable matter, seeds, roots, and tubers, but it will also feed on aquatic invertebrates, insects (dragonflies, flies, butterflies, moths, etc.), and small crustaceans with its beak.

Interestingly, spawning females consume more animal material (70%) during the mating season than non-spawning females (37%). This reflects that spawning is a demanding activity that requires a protein-rich diet.

Diet of the Merganser (Mergus Merganser)

This duck is quite different from what we see in urban ponds and lakes. It is a large, fast bird with a tapered body and a very elongated beak. It also has serrated internal teeth that act like hooks to help it catch its prey.

As you can imagine, the merganser primarily eats fish. It catches fish in both fresh and saltwater, but it never misses an opportunity to prey on invertebrates such as mollusks, crustaceans, and insect larvae. They may also eat small mammals, reptiles, and amphibians in very rare cases.

The bufflehead duck is a migratory bird typically found in North America and the southern United States. Males are grayish-black with a very light white stripe under their eyes, making them very conspicuous. Females, on the other hand, have a more uniform gray color.

The duck feeds in the water. In freshwater ecosystems, they mainly eat insects, while they prey on crustaceans and mollusks in saltwater. Water plants and fish eggs are also an essential part of their diet.

What Do Ducks in Captivity Eat?

So far, we have introduced the different dietary habits of different types of ducks. Finally, we’d like to summarize the diet of captive wild ducks (Anas platyrhynchos).

When they are chicks (up to 3 weeks old), they are fed exceptional food for chicks. The protein provided at this stage is as high as 18-20%.

From 3 to 20 weeks of age, you can switch to duck or chicken feed. This contains 15% protein.

As ducks become adult birds, they can already eat available food as the basis of their diet. They also need calcium powder all the time to keep their bones healthy. You will have to supplement their diet with beet, peas, corn, cabbage, alfalfa, and lettuce daily. Also, occasionally feed crustaceans and dead invertebrates.

It is not good to feed bread to ducks, although it is common in parks and some recreation centers. It is high in carbohydrates and will make them overweight in the long run. It is best to use a particular food as a base and sprinkle some vegetables or seafood on it.

Although ducks are domesticated, they should eat a variety of foods. Like all feathered and furry friends, ducks have nutrient needs that are largely met by their diet. A well-balanced diet full of vitamins, minerals and nutrients will help them stay healthy and happy.

Share your thoughts with us in the comments below!