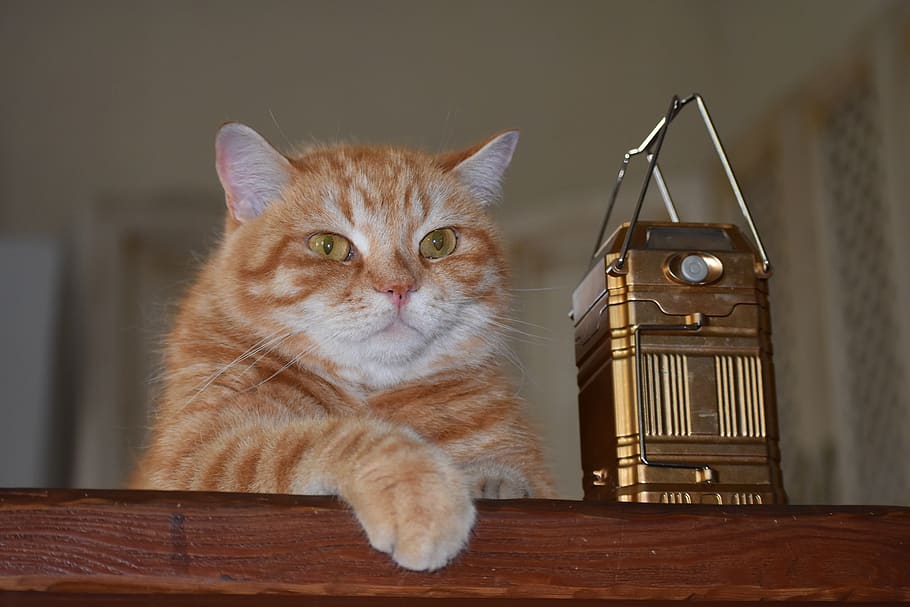 The term domestication comes from the Latin « Domus, » meaning home. Whether pets or strays, cats live near human activities and homes. Humans’ relationship with cats determines their lifestyle and behavior toward them. This article will look at how man has changed cats’ lives and mainly the behavioral differences in cats? Let’s see closer below…

Origin of the domestic cat

The thesis is that the cat was domesticated because man was interested in doing so when he settled down and became a farmer. Through caring for a baby animal and taming, man has made the cat become a companion.

Domestic cats have colonized the world following the peregrinations of men throughout history. They have been able to adapt to almost all the ecological niches of the world (except Antarctica). The rapprochement of man and cat started about 10,000 years ago, but their relationship has had its ups and downs throughout history.

The cat was protected and revered in ancient times, especially in Egypt, and persecuted by the Church in the Middle Ages. Today, they are confined in our homes and confiscated or even chased away if they roam freely.

Nowadays, the domestic cat is as adored as it is hated, going from the status of pet to that of stray cat. There are laws governing their ownership, welfare, protection, breeding, sale or transfer, abandonment, and what happens to them when they wander off.

Today, human behaviors have given rise to domestic cats’ very different lives: millions of cats are pets. Many more are invisible ones that live on the outskirts of human activities, such as feral cats in the countryside.

Humans have brought vast territories under their control with urban development, agriculture, and hunting. Not so long ago, man did not control the reproduction of cats, so to avoid overpopulation in the villages and countryside, he left the cats in the woods to their fate. The good hunters survived and multiplied: these domestic cats, called « feral », adopted the behavior of the wild cat, hiding from humans and feeding on prey and game.

This has led to a conflict of interest with human activities such as hunting or species conservation. Hedgehogs have thus sometimes decimated the endemic wildlife of the islands where they were brought, with the consequences that we know today: Man is obliged to exterminate the domestic cat that has become a nuisance.

Good to know: Australia slaughters 2 million cats annually to save species vulnerable to the cat’s predatory behavior. Belgium, which allowed the hunting, capture, and euthanasia of stray cats, made the sterilization of all domestic cats mandatory in 2016. 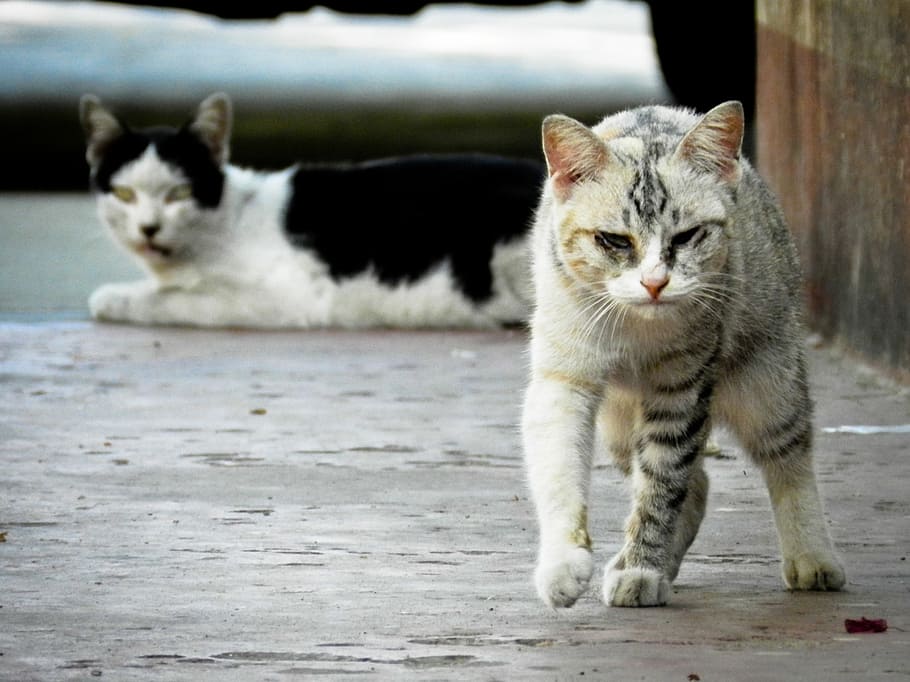 Domestic cats without a master, abandoned to their fate, have very different characters depending on the quality of relations maintained with humans: the kindness of some people is sometimes enough to preserve the sociability of the cat.

These domestic cats do not hunt much and live on food donations or leftovers found in garbage cans. Without a roof over their heads, they gather in colonies around feeding grounds that are often unsanitary.

Often malnourished, carriers of parasites and zoonoses, and other nuisances, they are subject to sterilization campaigns to limit their proliferation. The most fearful escape capture and raise their young to become invisible wandering cats or ferals. Kittens born to more sociable females are captured and adopted, thus regaining their pet status.

Although the sources are from estimates made by animal protection associations, 80% of cats entering a pound would be euthanized (this percentage also appears for Canada, the USA, and France). Many of them are pets that roam around but are not identified. Identification is mandatory but keeping the card up to date when the address changes are still necessary.

Adoption of a domestic cat

When the adoption comes from a deep desire for attachment to a man, the domestic cat assumes a substitute role: maternal or life companion.

Because we are attached to it, we try to understand it, meet its needs, and protect it.

Taking care of the cat has generated anxiety in man, which has led him to take control of his companion’s freedom for fear of accidents (road, confinement, straying, hunting). The comings and goings, meal times, reproduction, and activities of the pet cat are controlled, and its well-being depends on the owner’s attention.

These are the most common cats among pets:

Often they arrive at home by chance because the kitten was too cute or because the abandoned cat was starving. The voluntary and informed adoption of a domestic cat is born out of empathy for an animal seen as vulnerable. Care facilitates mutual attachment.

When the arrival of a cat has not been concerted when it is a gift to a child or a lonely person, the adoption is not always apparent. The cat’s temperament and the family’s lifestyle are not always compatible. This is probably the reason why more feral cats are abandoned. 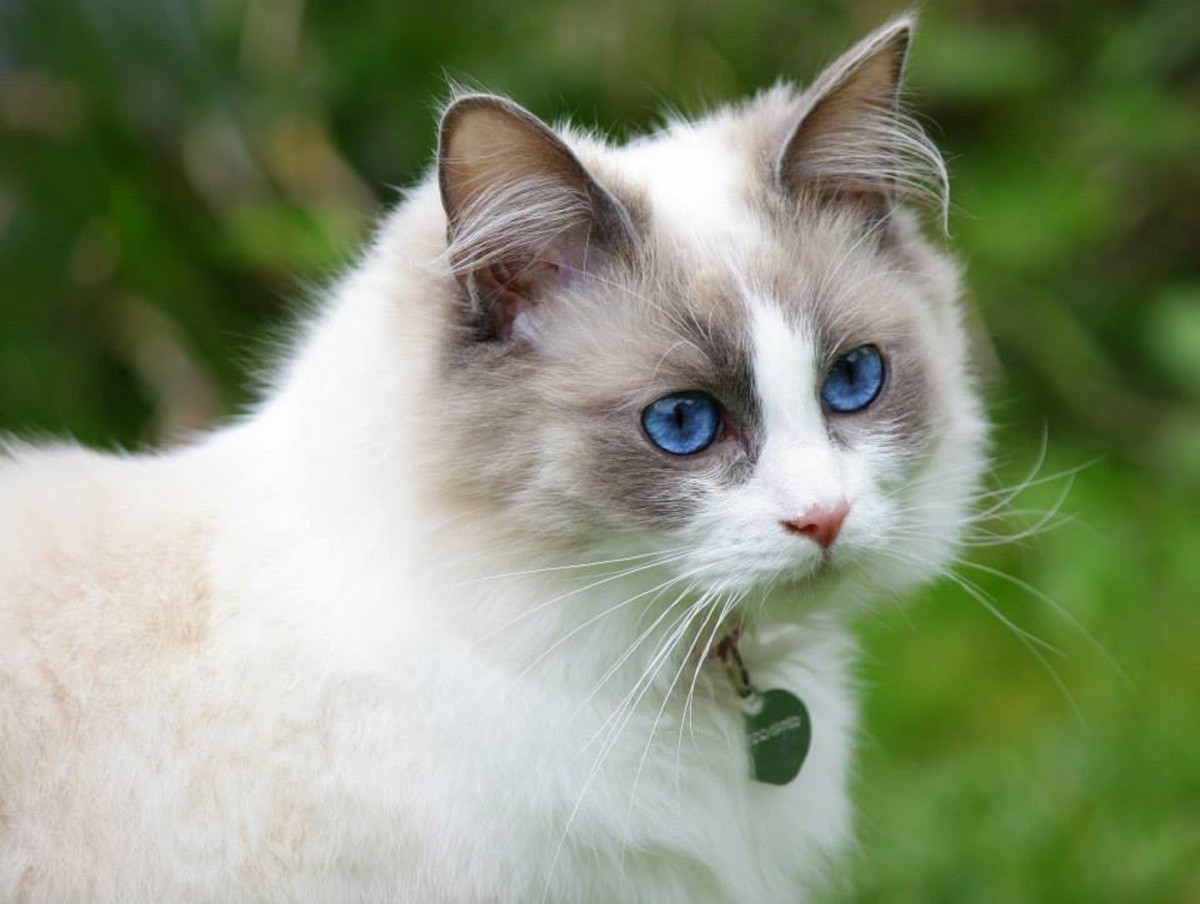 Their population is still relatively small compared to that of the alley cat:

The adoption of a purebred cat follows a reflection and a quest for information. There is nothing spontaneous about it. People are looking for an aesthetic and behavioral ideal and sometimes a personal asset. When expectations are unrealistic, the pedigree cat will know several families. The advantage of such a choice is that the purebred animal is coveted…

Purebred cats are often spoiled, and their owners are more tolerant of problematic behavior. They are often indoor cats, so they are more peaceful and less active than alley cats.

According to the international breeders’ associations that deal with standards, there are between 41 and 73 recognized cat breeds in the world:

The selection of identical physical traits over several generations to obtain a breed is the work of man who crossed domestic cats with different coats or morphologies (long hair, curled ears, short tail …) until obtaining the desired physique.

More recently, domestic cats and small wild felids have hybridized to obtain coats that were not seen in the domesticated cat, such as the « spotted » coats of the Savanah or the Bengal.

Some breeds appeared without human intervention, by inbreeding facilitated by the isolation in a small ecological niche as the Turkish Angora or the Siamese, which were locked in Buddhist temples to regulate the proliferation of rats.

The domestication of the cat has not altered its behavioral repertoire that can become a source of conflict between the two cohabitants:

If the living environment often hinders the expression of certain behaviors of cats, it can be a source of frustration and discomfort, especially in apartment cats.

The expression of innate behaviors such as marking in the house (urinary or scratching on the furniture) is still a source of discomfort for the owner.

Harmony is gained through scheduling and planning activities and the house.

The cat has two natures that strongly influence its behavior: it is both a predator and prey.

Its predatory state is its driving force of activity and sign of good health: it will wake up in front of a prey, regardless of its status (pet, stray, or hound), whether its mother raised it or not, whether it lives outdoors or in an apartment, whether it is well fed and has toys available or not. If a cat does not try to catch things that move, there is a malaise whose causes must be sought because exercise is vital for its physical and psychological health.

Its state of prey is its protection in a world that is often hostile to it (older congeners, dogs, wild predators, men):

When a cat is sick and weakened, it seeks to hide its failures, so the symptoms of an illness appear late. The cat withdraws from the world and disappears into the recesses of the house or garden.

When the cat is injured but quite vigorous, it will try to evade treatment, which sometimes makes visits to the veterinarian perilous.

The alley cat and the purebred cat will react in the same way. The cat’s temperament dictates whether it will defend itself or withdraw passively.

Stray cats, who fear humans and are feral, are particularly violent when threatened and are more challenging to care for.

Remember this if you want to help them.

6 thoughts on “Behavioral Differences in Cats”